There’s no point in having a website if no one visits it. Lure people in, encourage them to buy your products, or get them talking about your content! To do that, you have to promote your website consistently. Not sure how? That’s why we’re here. We’ll share website promotion tips that actually work, and you can try right away.

When it comes to website promotion and growing traffic, SEO should be the first thing that comes to mind!

Start with keywords – ideas or topics that people type in the search bar. As a web owner, you’d want internet users to find keywords leading to your site, wouldn’t you? That’s why it is important to do keyword research. By continuously using optimized keywords, your site will rank better in search engines, potentially even topping the list.

There are several premium keyword tools that you could try like Ahrefs and SEMrush. To get you started, you can try some free tools instead, which might be as powerful. These include Google Trends, Keywords Everywhere, and Wordtracker Scout.

If you post a lot of written content, optimizing the content for SEO is a must. Equip your site with Yoast! to get further assistance regarding SEO. Other must-have plugins include Google Analytics by MonsterInsight (analysis tool), W3 Total Cache (speeding up the caching process), and Google XML Sitemaps (indexing).

Also, don’t forget about backlinks. Build your backlinks by contacting bloggers to link their content to your site. The more backlinks you have, the higher you rank in the search engine result pages, as your site is considered credible. However, don’t use bots. It will do more harm than good because Google despises a cheater.

One of the most comforting feelings for a person to feel has to be when you are treated well by others. Don’t treat your readers poorly – engage them!

One way of doing this is to always respond to their comments and questions. Let them know that you do care for what they’ve got to say. This interaction could also become something they look forward to  – they want to have a discussion with you.

Being close to your readers also means that you will be able to know them better, including which topics they might be interested in. You can then create posts surrounding that topic, making your readers feel heard.

Also, be generous! Give freebies to your readers. It could be an ebook, video training, audio recording, or anything related to your content. While your site might be commercial by nature, giving out free stuff once in a while is essential. That way, your readers won’t feel like they’re being used only for your financial benefit.

In addition, freebies could also be used to attract new visitors and build your email list.

Never underestimate the power of social media. Look at Kylie Jenner, she’s just been labeled as the youngest self-made billionaire, all by selling cosmetics online. Would she achieve the same result if she didn’t have 100M+ Instagram followers in the first place? Probably not.

Social Media is where most people spend their time online. There’s a great potential that every marketer and webmaster should know: social media is a huge and diverse channel for promotions.

Here’s how you can take advantage of several social handles for website promotions, including some case studies.

With new platforms rising and winning over people’s hearts, many think that Facebook is dead. Statistics don’t agree. They are still number 1 with  2.32 billion active users as of December 2018, which accounts for approximately 30% of the world population.

There is an interesting story from a YouTube channel called Special Books by Special Kids. It all started when the owner created a Facebook group, in which he posted stories about people with mental and physical disabilities.

Once he started posting on YouTube, the channel growth was definitely noticeable – gaining over 1 million subscribers in 2 years, which is a lot for a channel with a very heavy subject. All this was thanks to his previous following on Facebook. 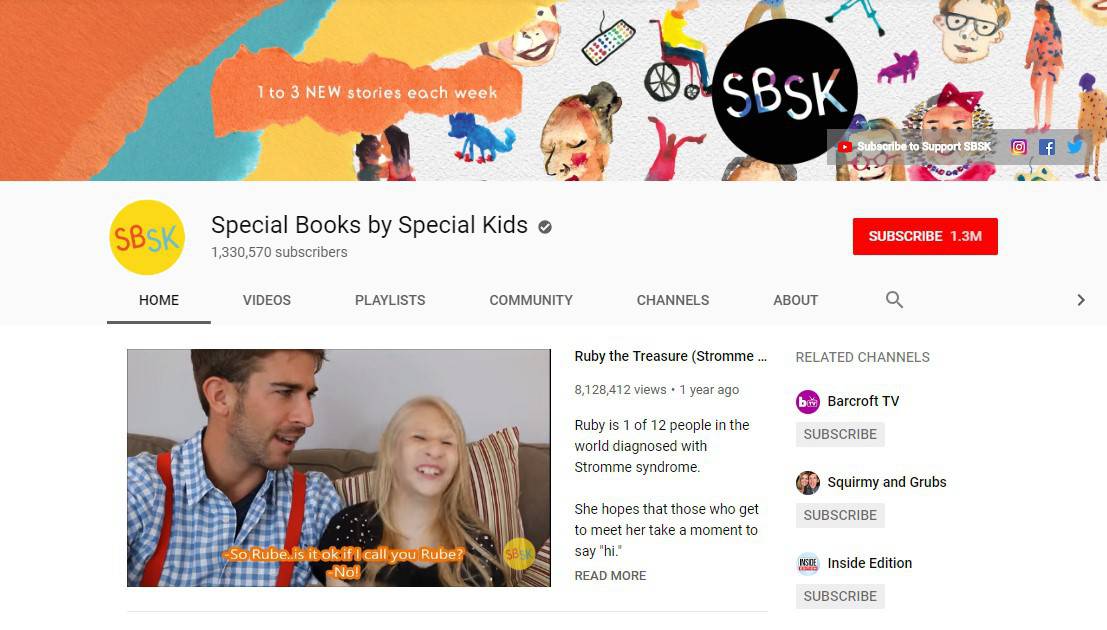 Quite contrary to how people want to be perceived, Instagram is all about what meets the eye. No wonder accounts with visually pleasing content are well-liked, including National Geographic with its massive 104.6M followers.

Instagram doesn’t say no to unique content either. Take Humans of New York by Brandon Staton as an example. He photographs people on New York streets and tells their stories, touching the hearts of 8.8M followers. 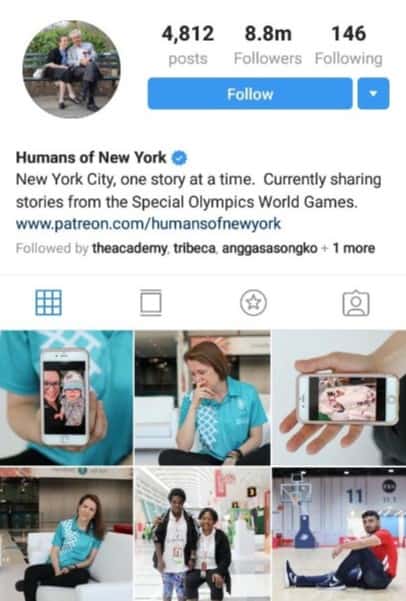 The point is you can always find your own audience for website promotion. Since Instagram enables you to attach a link, the rise of followers could also lead to the rise in traffic.

Remember, your content doesn’t always have to be the same as your site’s. A good example of this is Lululemon – a Canadian athletic apparel retailer. Instead of showing off their products, their Instagram is filled with stunning photos for branding purposes.

Kpop (Korean Pop) is considered a niche in music. But, have you ever heard of BTS (Bangtan Sonyeondan)? They’re literally everywhere nowadays, even ranked 2nd on the Global Recording Artists of 2018 list, all with Korean albums. 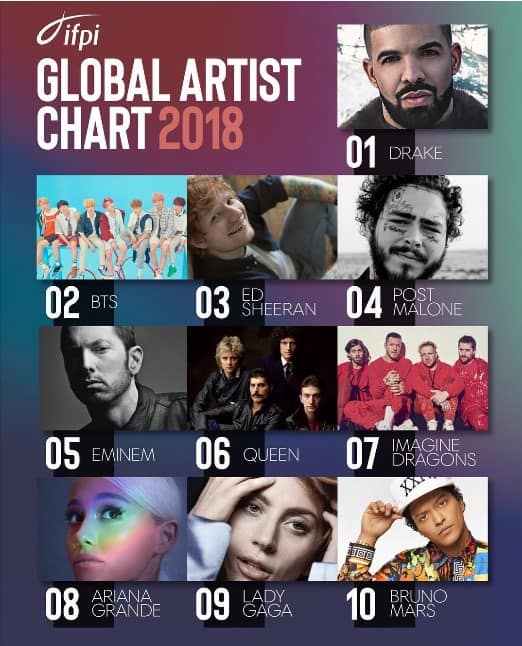 BTS ranked 2nd on the Global Artist Chart of 2018 list by ifpi.org

A huge part of their success is Twitter. Having 18.8M followers under their belt, the group has the highest Twitter interaction rate worldwide with 407M tweets, beating the likes of Donald Trump (107M) and Ariana Grande (101.8M).

It seems hard to believe, doesn’t it? What people don’t know is that BTS has engaged their fans with socially conscious content since their formation, mostly through Twitter.

To put that into perspective, with only 326M monthly active users, Twitter generates 500M tweets per day, while Instagram only manages to reach 100M photos per day.

In late 2018, the internet went wild after seeing a long-haired Justin Bieber eating a burrito sideways. Turned out that it was a fake photo staged by a group of famous YouTubers called Yes Theory. More importantly, it all started on Reddit. 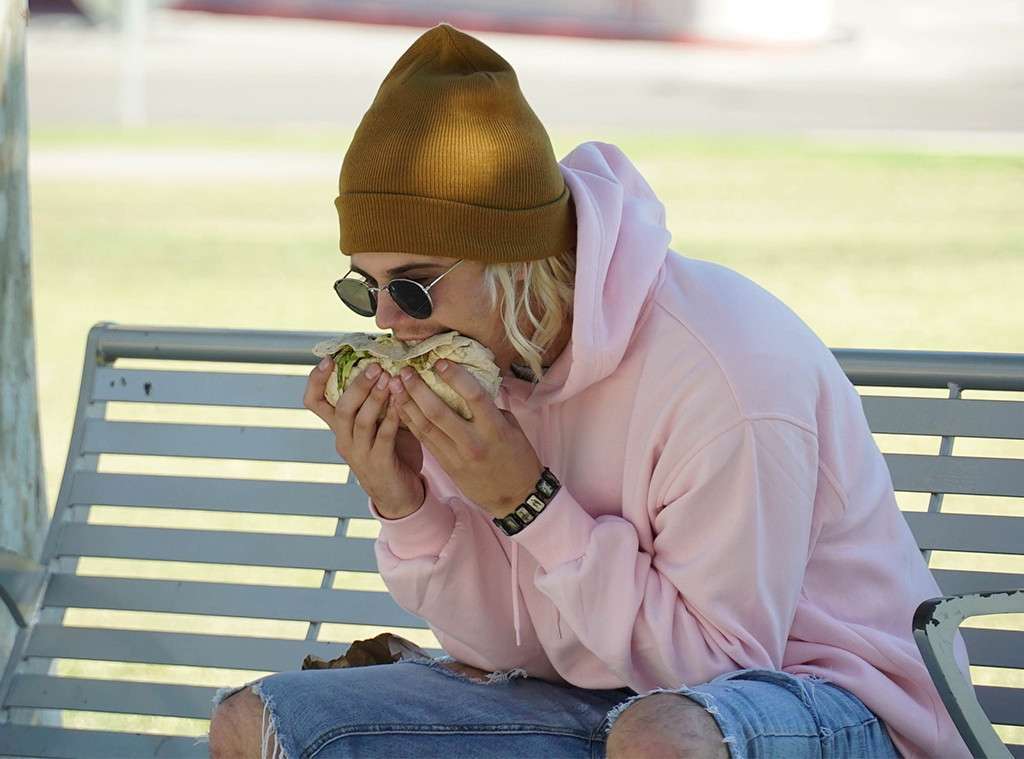 Reddit itself is a social news platform where people share their content and create discussions. Posts are then organized into a dashboard called a “subreddit,” which includes various subjects like news, pics, and tech.

The key to using Reddit properly is choosing the right subreddit for website promotion. For example, Yes Theory initially posted the photo on “pics” but it didn’t attract attention.

After they posted the photo in “mildlyinfuriating” it exploded. In less than one day, it had been reported by big media outlets like Vanity Fair, Popmagz, Enews, and many more.

This illustrates the idea of how people are really prone to taking everything on the internet literally. Irony aside, now that you know how Reddit works, explore the right Subreddits and start posting your content there.

Every webmaster wants their website to have a lot of traffic. But, it won’t happen unless you invest some of your time for website promotion. It doesn’t have to be major, or expensive, even free tricks will do.

We’ve reviewed some of the best website promotion methods that are proven to work, here’s the summary to remind you how easy it is to start:

Start applying the said websites promotion tricks now, we are sure it will take effect real soon.